Automatic compression waste bin
In 2009, a new generation of trash cans appeared. They are not big, but can hold 8 times more high-tech trash bins than traditional trash bins. This trash can, commonly known as the “big stomach king”, looks like a post box. The general waste bin can handle about 181.6 liters of waste, but the “big stomach king” can store 1362 liters of waste at a time. In other words, the cleaning staff used to collect garbage once a day, but now they only need to collect it once a week. These trash cans use sunlight as a power source. After automatic compression processing, the volume of trash can be reduced to 1/8 of the original size, so it can “eat” 1,362 liters of trash. Another feature of the “Big Stomach King” litter box is the fully enclosed, double-door structure, which prevents odors from overflowing, is beautiful and safe, and even small animals such as mice cannot enter. The green, yellow, and red lights at the top indicate that it can be filled, half-filled, or full, respectively, allowing users to see at a glance.

Colorful waste bin
The colorful trash can is to realize the colorful appearance of the trash can. The appearance is unique, the workmanship is fine, and the surface treatment technology is electroplating and spraying. Colorful colors: green bronze, red bronze, white gypsophila, black gypsophila, red bronze two-color, waxed drawing, etc. 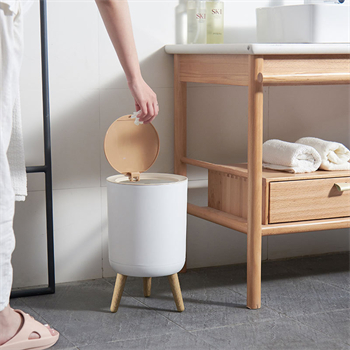 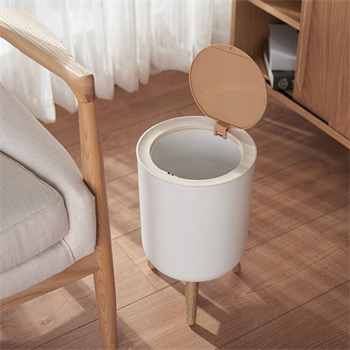